I Want To Be Mick Jones & A Dog Who Loves Pancakes 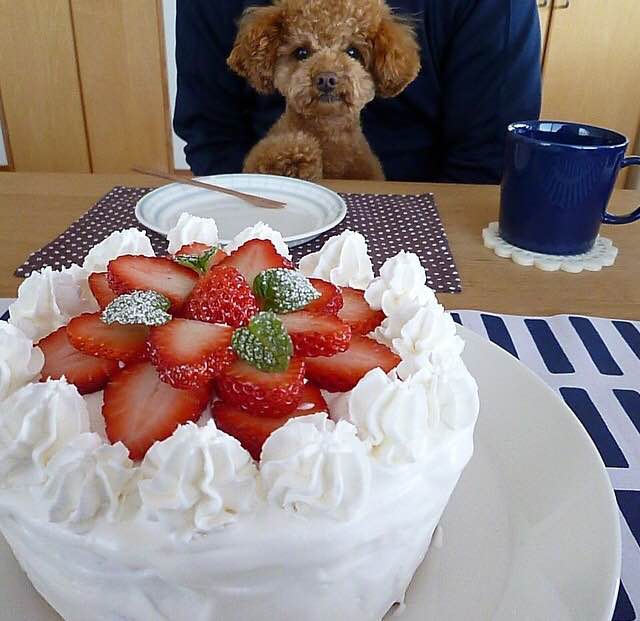 I had a hard time winding down last night. Yesterday was Mick Jones's birthday and I was in a very celebratory-of-Mick-Jones kind of headspace, which included allowing myself an indulgently long session of looking at Mick Jones pictures on the internet after waking up yesterday morning. I really hit the jackpot with this photo of Mick looking annoyed in front of a roller coaster: 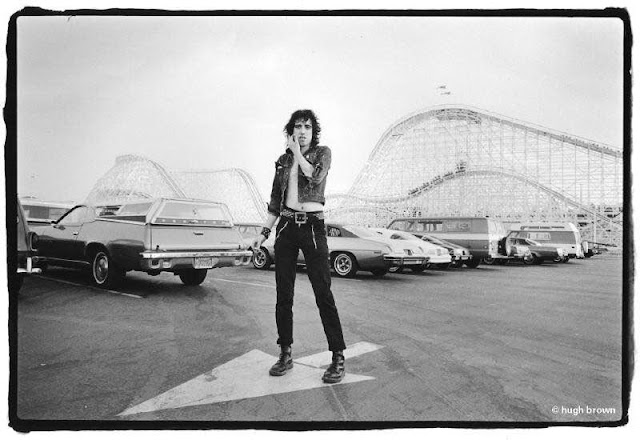 After all that I got up and did my normal Sunday things, like going running and then eating some eggs and a cinnamon raisin bagel while reading the New York Times in the big chair in the living room, sitting sideways with my feet dangling over the edge (my fave Sunday-paper-reading posish). In the evening I went to Hotel Cafe for Tongue & Groove, where my friend Sarah Tomlinson read a really killer short story called "Andy Godmother" that I'm psyched to plug the hell out of once it's published. Another cool thing about Hotel Cafe was the bartender was the dude who turned me on to spam fried rice at Button Mash. I tried to think of a chill way to tell him "Hey I wrote a blog post where I called you a prince and one of the two Great Dans of My Life" - but I couldn't think of anything. Next time, maybe.

After Hotel Cafe, because I'm myself, I went to visit David Bowie's star and the Beatles' stars on the Walk of Fame. The Beatles' stars are all in a little row outside Capitol Records; the order goes: John, George, Paul, Ringo. Right now I'm in a place of loving the Beatles so much but in a low-pressure-y way where I don't feel compelled to make myself intricately themed Beatles playlists and then force the songs into coloring my world so that I can have all these grand revelations about the universe and life and love. I just really like the Beatles! The Beatles are just really cool. On Saturday night my friends and I went to El Chavo where there's this new dumb mural that I love, despite the fact that it's a ripoff of LJ's idea for us to open a Beatles-themed Mexican restaurant called "The Burreatles": 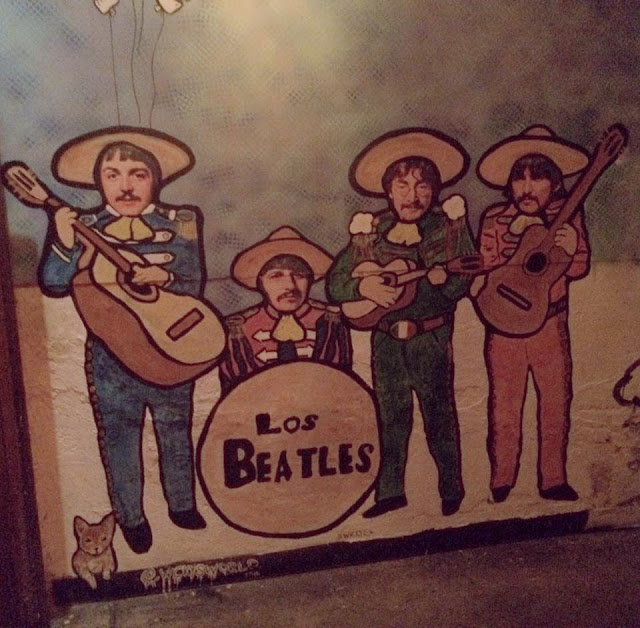 Anyway, many hours after the Walk of Fame, I retired to the bedroom and watched a lot of Clash things on my laptop - mostly the part in The Future Is Unwritten where Mick Jones dances goofily in a hallway in 1981 or something, and in a voiceover someone says how Mick's an idealist who's incapable of living in the real world. I watched that part like 500 times. It made me happy and hyper and I didn't feel like sleeping, though the hour had grown quite late. So I watched more Clash stuff and listened to the Clash and checked Instagram and even hit the goddamn explore button, of all things. Which turned out to be a brilliant move, 'cause that's how I found the best Instagram in the world. The account name is ortensia10 and it's about an apricot toy poodle who lives in Japan. I'm pretty sure the poodle's name is Mina, but I can't be entirely sure since everything's in Japanese. A major theme of Mina's Instagram is "Mina sitting at the head of table with a magnificent meal/dish/dessert laid out before her": 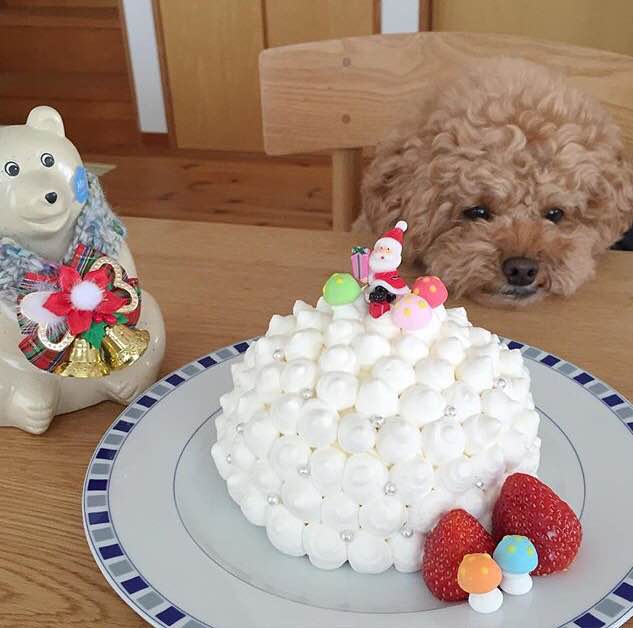 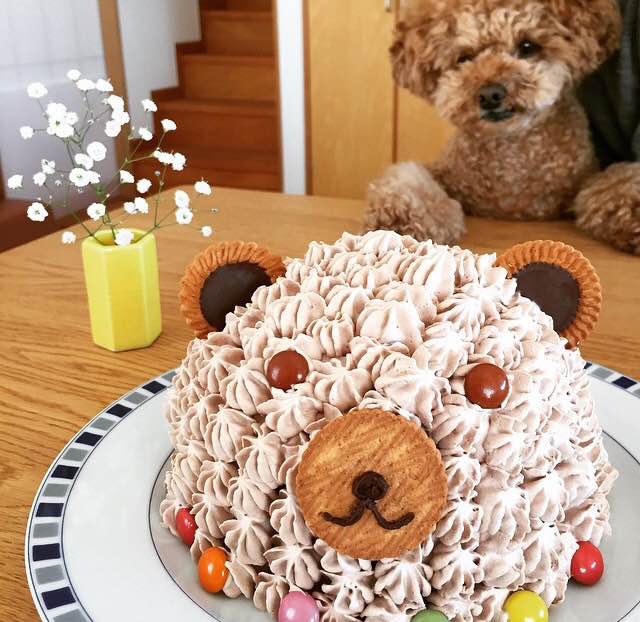 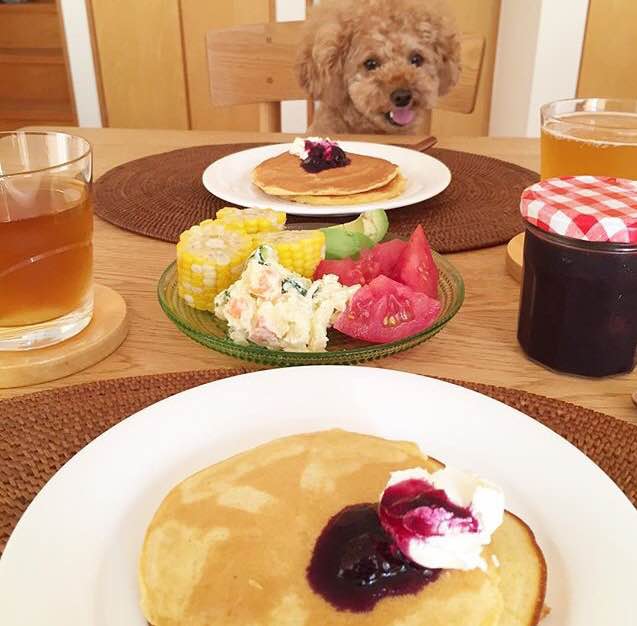 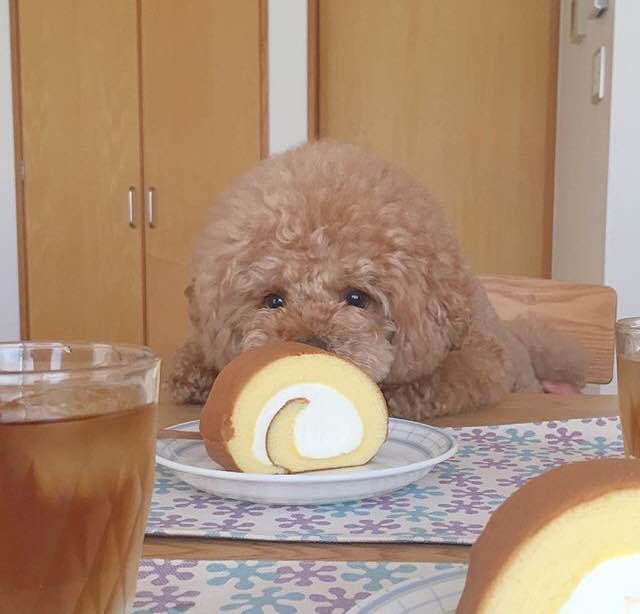 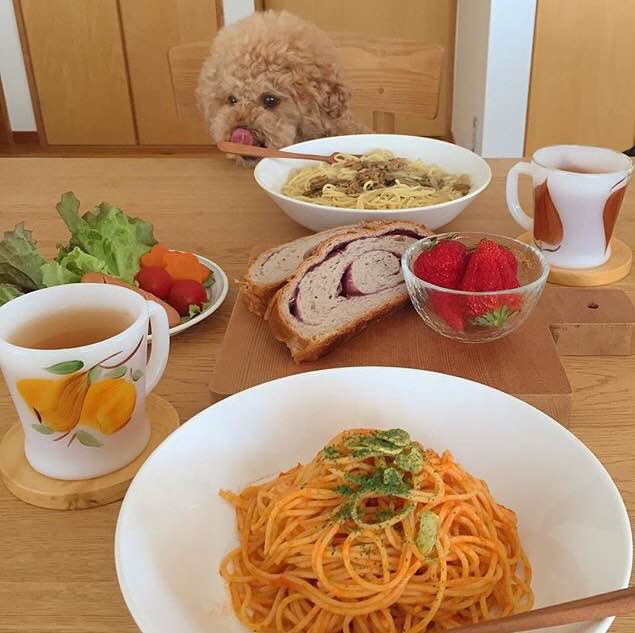 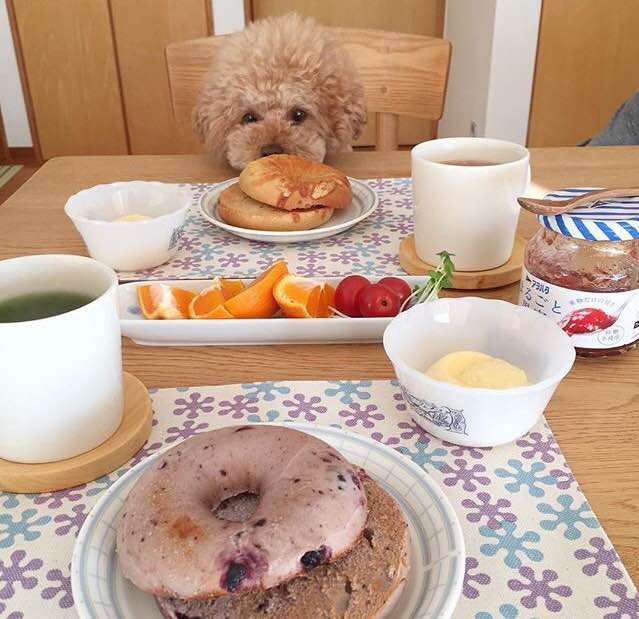 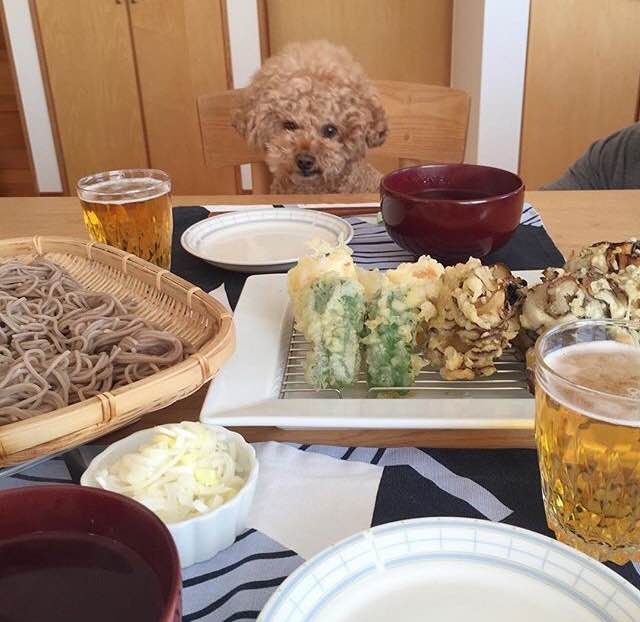 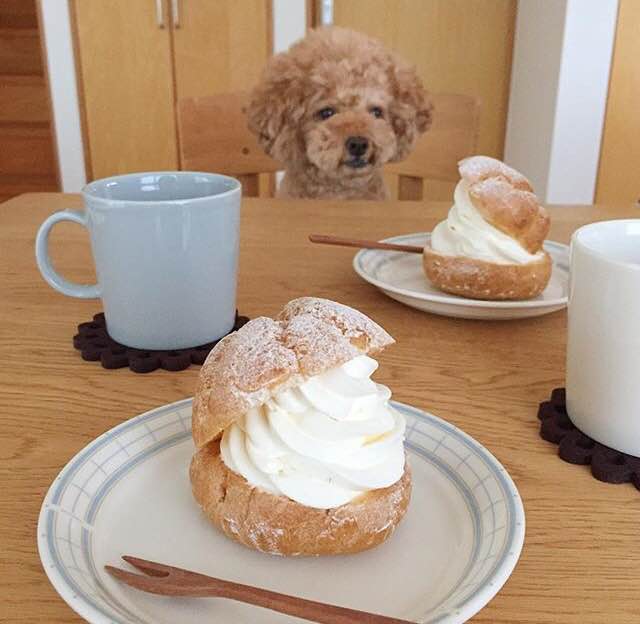 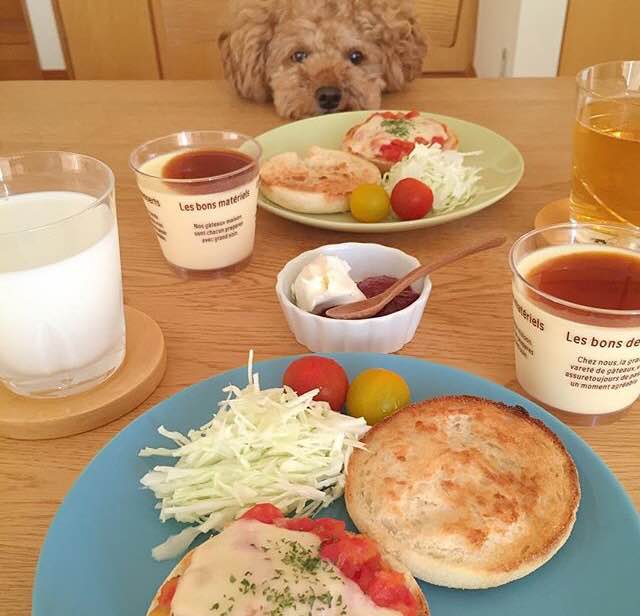 Another big theme is "Mina mischievously standing on her hind legs to get a peek at some recently prepared and amazing food": 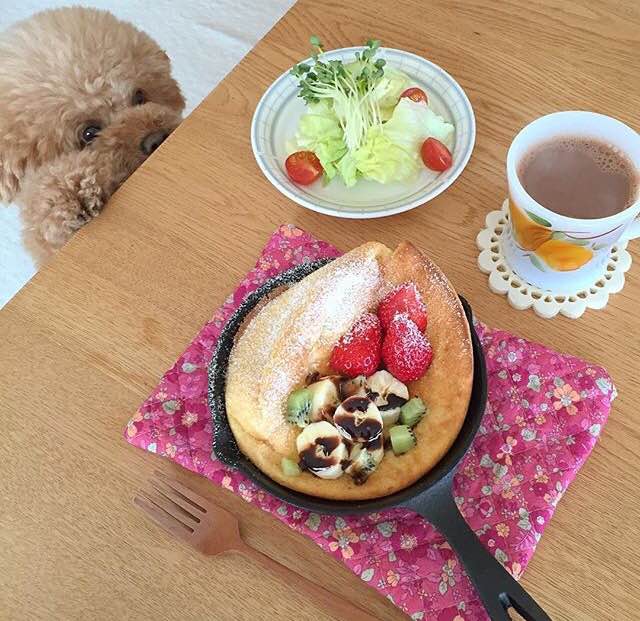 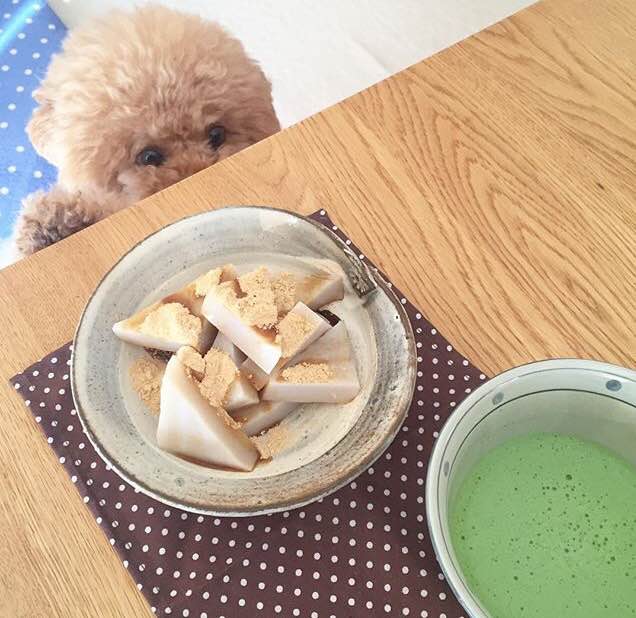 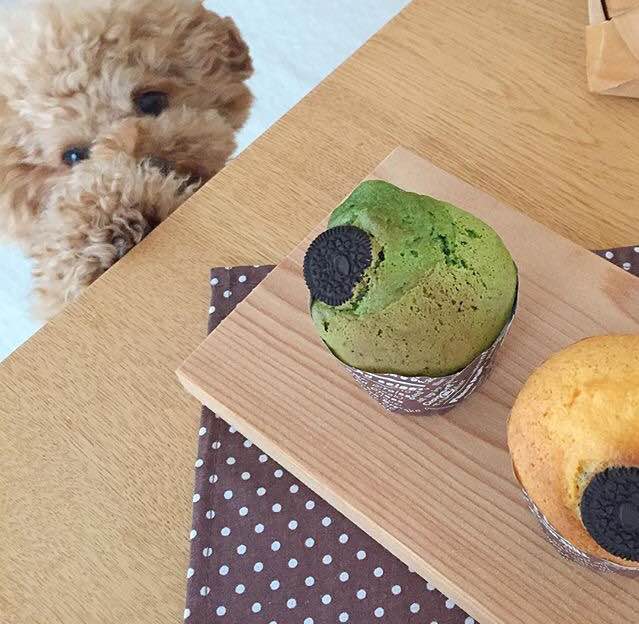 And then there's just pix of Mina being adorbs: 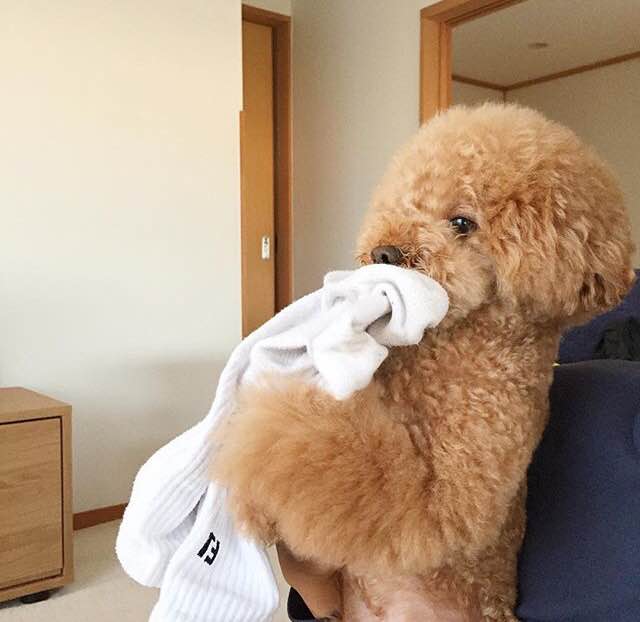 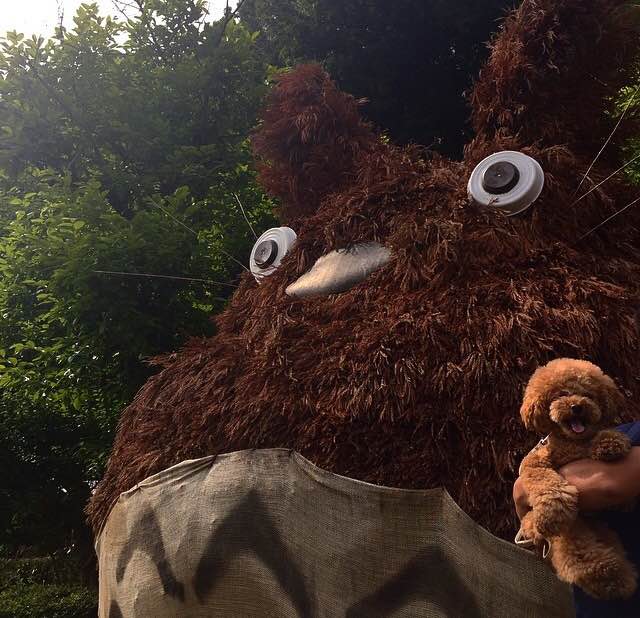 And sometimes there is beautiful food but no Mina: 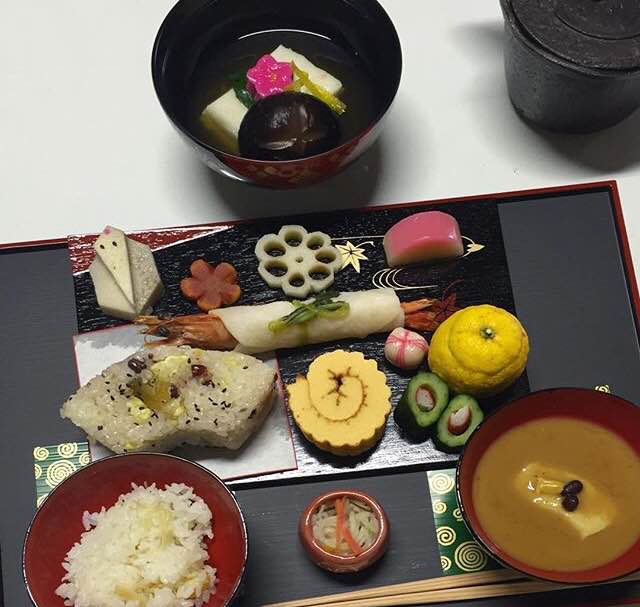 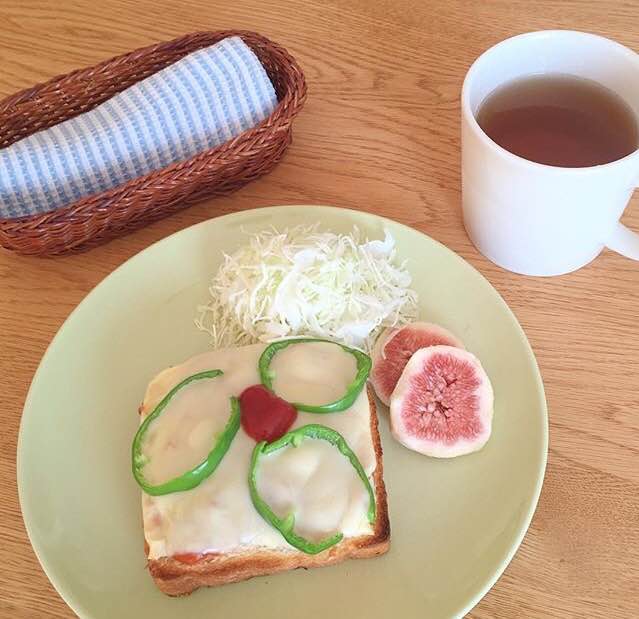 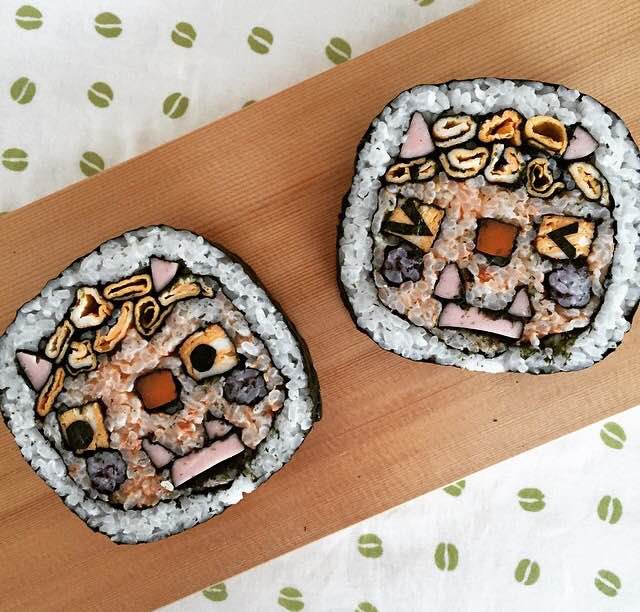 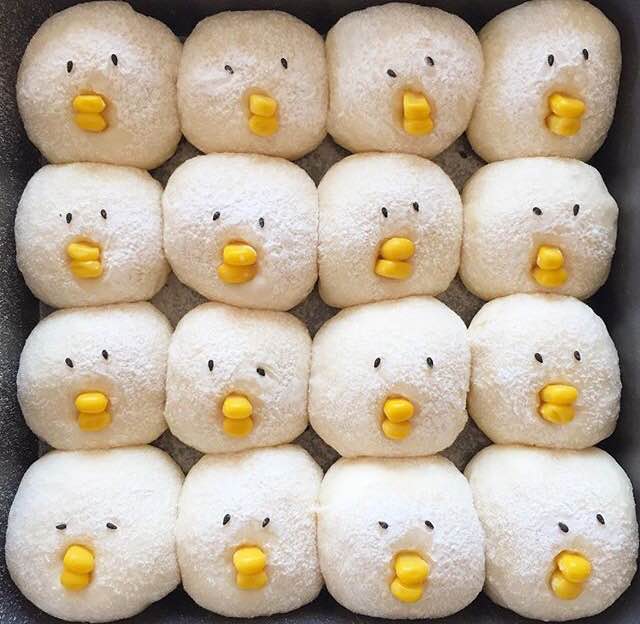 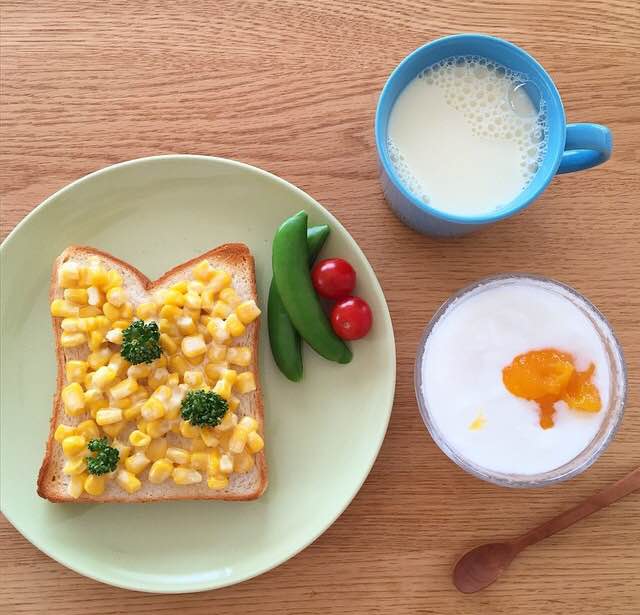 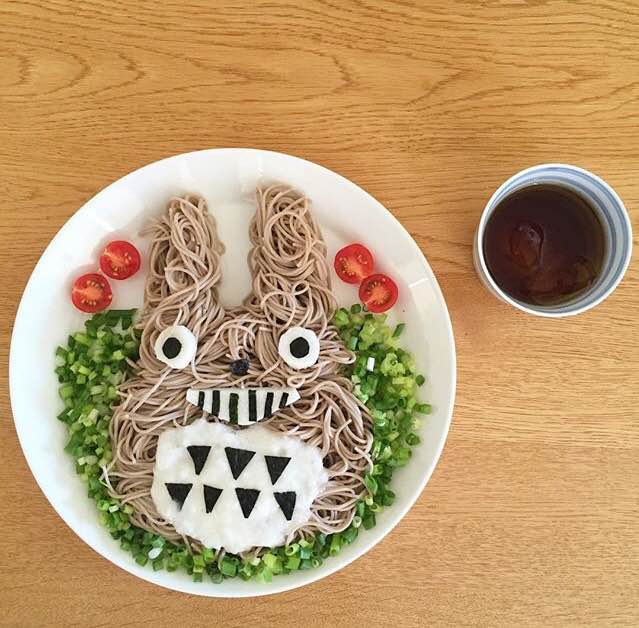 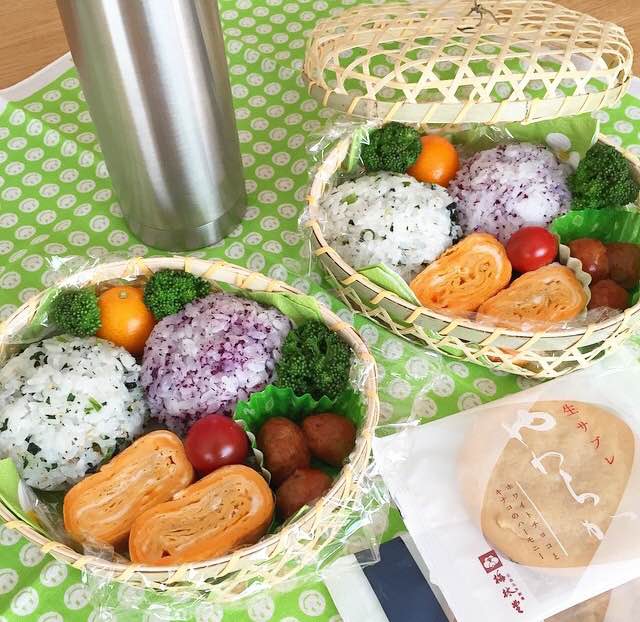 It's a drag that I don't know Japanese, since I have so many questions. Like, what's on that open-faced cheese sandwich served with a side of fig slices? What is the Santa Claus cake made of? What is the bear cake made of? In what kind of magic world do people eat pancakes with corn on the cob + avocado slices? Or noodles with some kind of swirled toast + strawberries? It's all so fantastic. I'm so happy this post is just pictures of Mick Jones, the Beatles, a dog, and beautiful food. That's all anything should ever be, at least 77 percent of the time.
Posted by Elizabeth Barker and Laura Jane Faulds at 11:54:00 am