We Have New Little Beatles Books For Sale 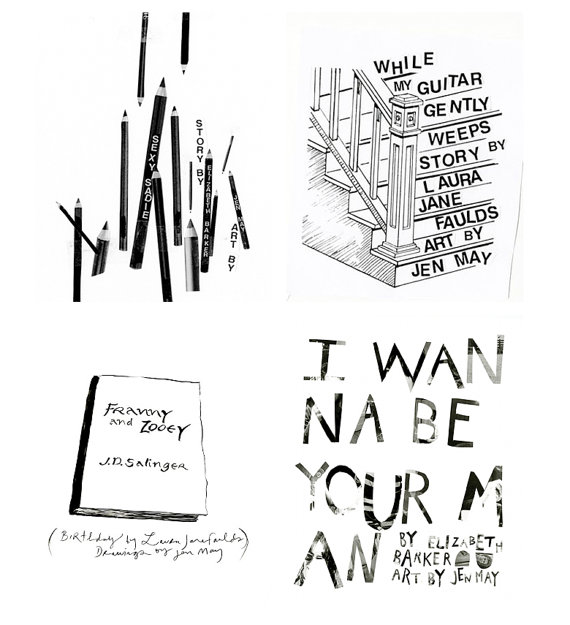 A few years ago LJ and Liz started a writing project based on taking Beatles songs and retelling them as stories or essays or story-essays. We named the project Let It Be Beautiful, and eventually turned our stories/essays/story-essays into little books and began selling them on Etsy.

Now we have four brand-new zines, our first new Beatles books in almost two years. LJ wrote While My Guitar Gently Weeps and Birthday, Liz wrote Sexy Sadie and I Wanna Be Your Man, and Jen illustrated all four zines. The zines cost $4 each or $15 for all four, and you can buy everything in our Etsy shop. Here's a little sneak peek at each book:

i. WHILE MY GUITAR GENTLY WEEPS

While My Guitar Gently Weeps is about the time LJ fell down the stairs at work and landed chin-first on a piece of shattered margarita glass, and about LJ locking herself in the office at work to eat dried papaya and read a J.D. Salinger quote, and also about wanting to drink a glass of aggressive white wine with notes of pineapple. 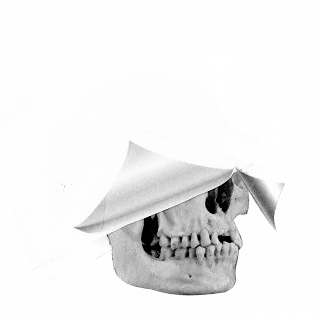 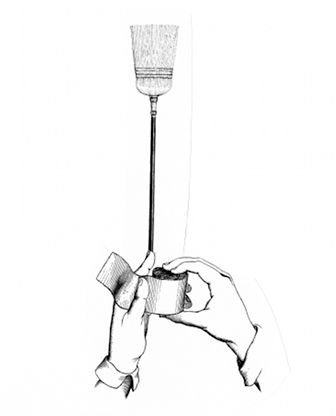 ii. I WANNA BE YOUR MAN


I Wanna Be Your Man is a valentine to some guys in some rock bands. It's about Mick Jagger and self-possession, Neil Young and being sick/free, Alex Chilton and graceful bitterness, Jonathan Richman and sweetness/responsibility, and Richard Hell and self-transcendence. 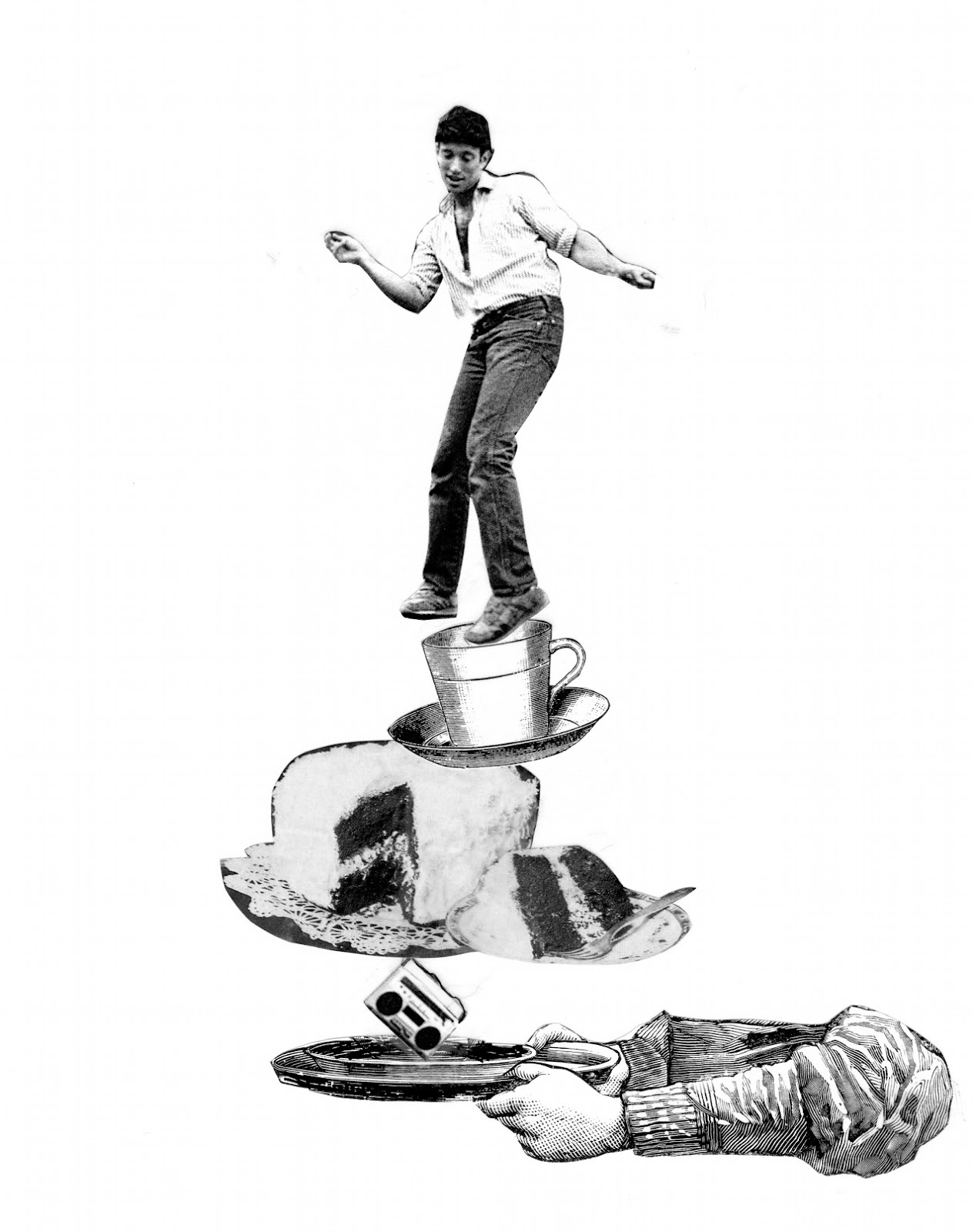 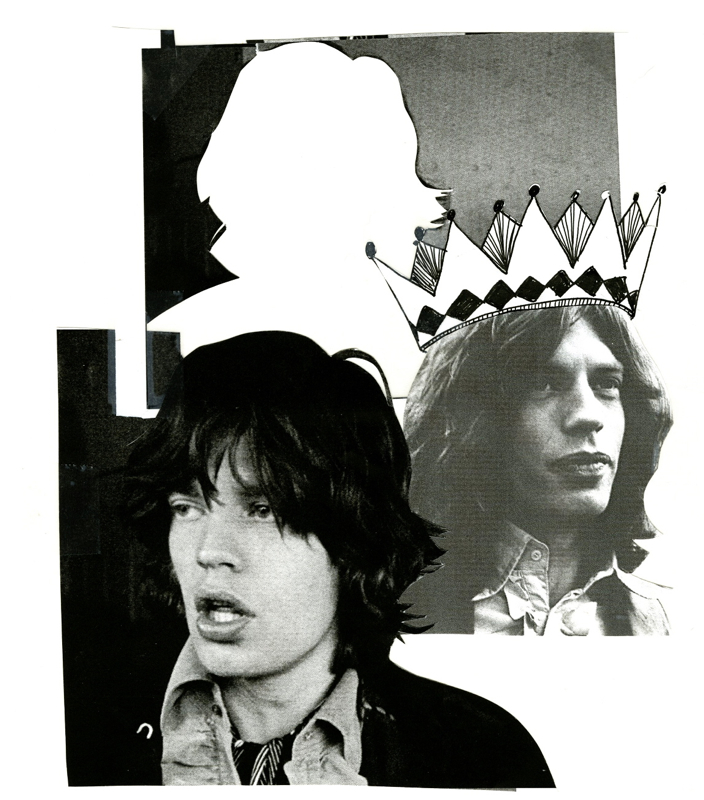 Birthday is about being the moon, finding a copy of Franny and Zooey in the street, wanting to shoot a gun boredly at the ceiling, and not being indoctrinated by anything but the Beatles. It's also about colorstrology and kissing. 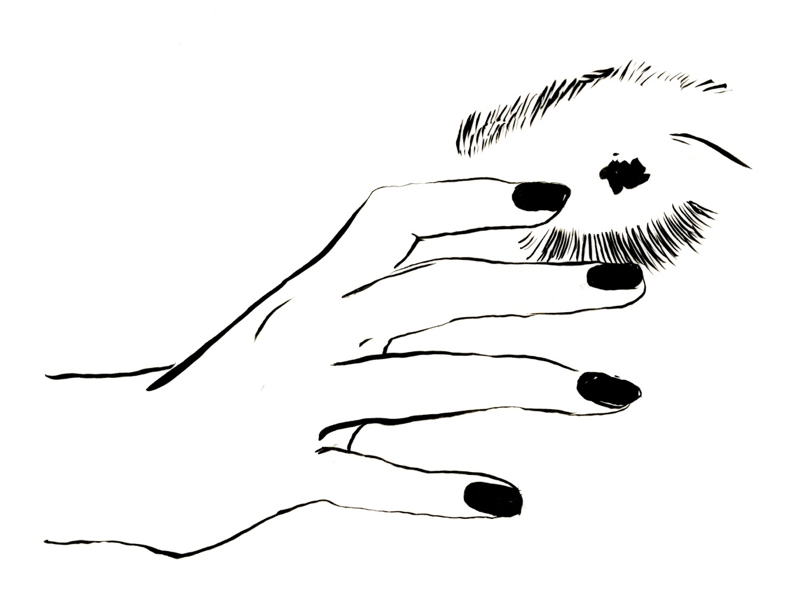 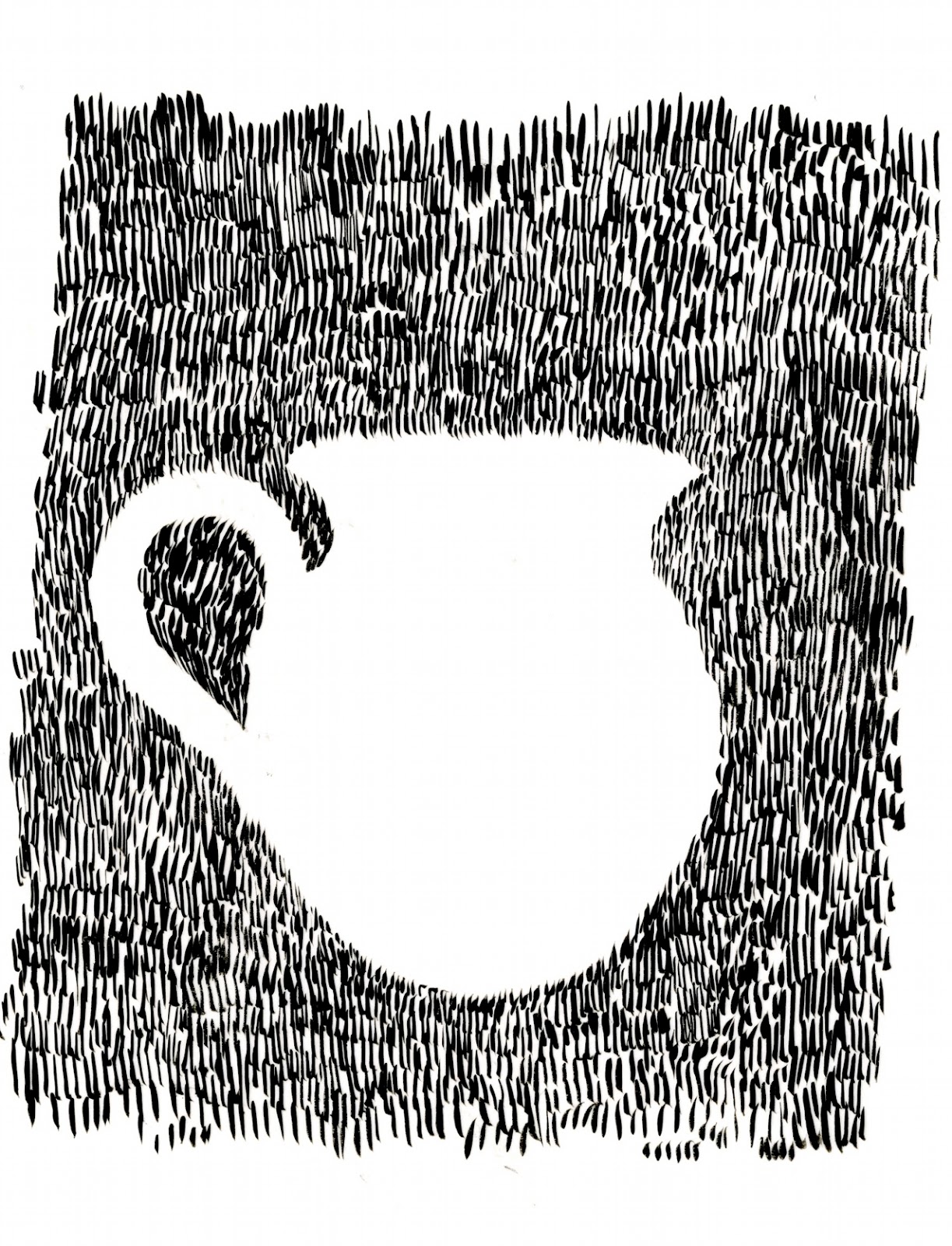 Sexy Sadie is a short story about a girl who looks like Joni Mitchell but wants to look like Chrissie Hynde, and about her best friend who possibly looks like Ray Davies. It takes place on the night of the day after Christmas and there's a lot about eyeliner and eyelashes and records and hair, with a little bit of alcoholism and semi-unrequited love. 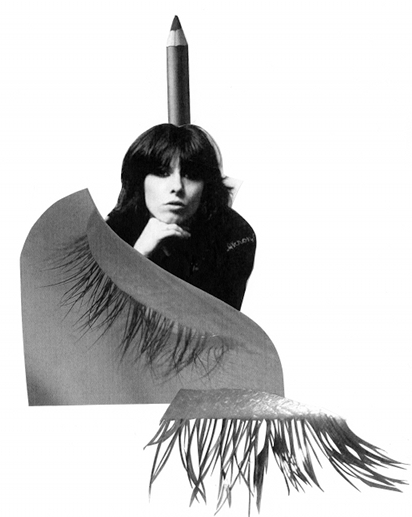 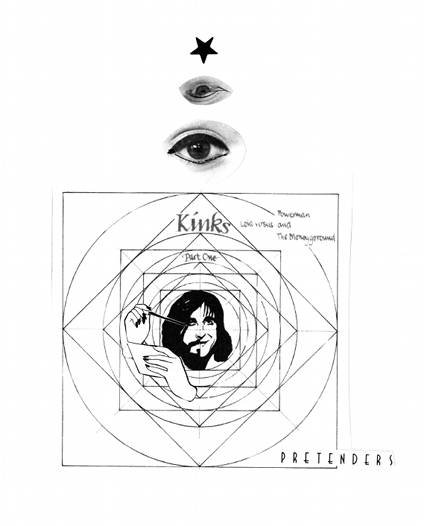 So yeah, buy them all! We'll probably also throw in a Strawberry Fields Whatever sticker, because we are so sweet. Happy day-after-George Harrison's-birthday to everyone xo
Posted by Elizabeth Barker and Laura Jane Faulds at 10:54:00 am 0 comments

Email ThisBlogThis!Share to TwitterShare to FacebookShare to Pinterest
Labels: Let It Be Beautiful

Low is for January, Obviously 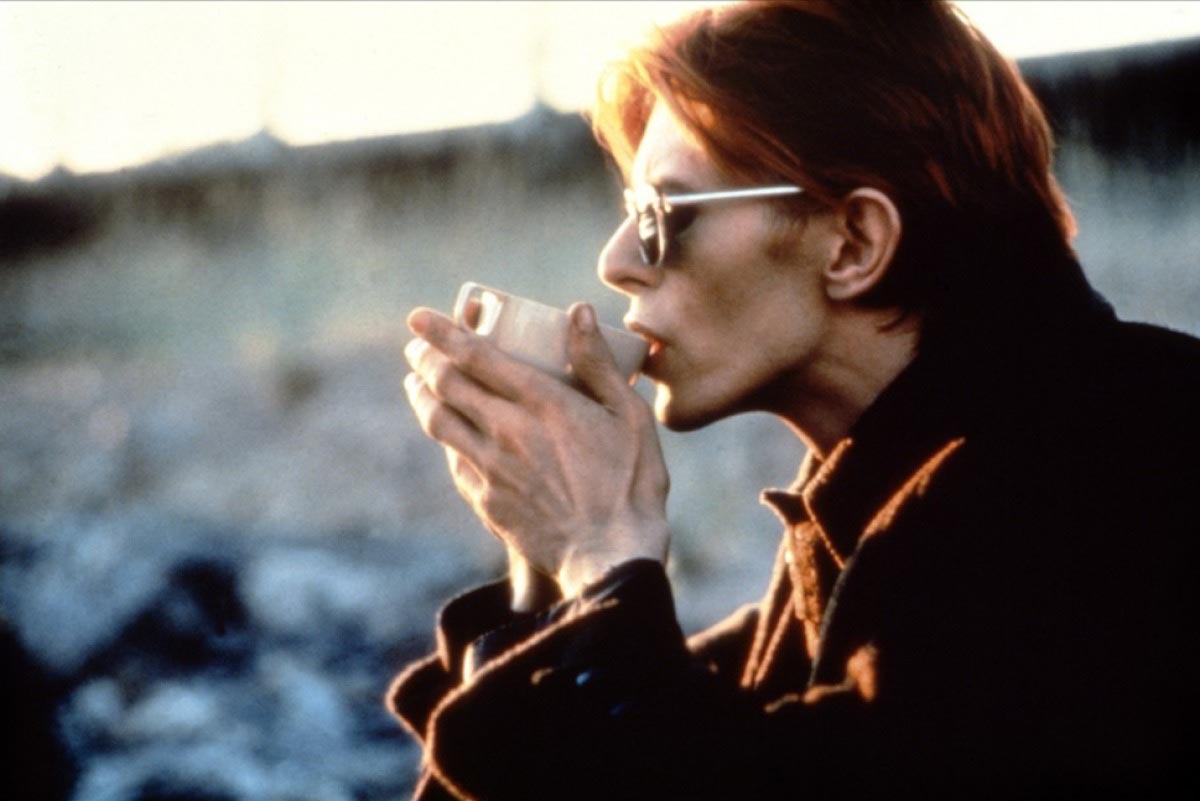 David Bowie named his album Low Low because he was feeling low when he wrote and recorded it. It came out on January 14th, 1977, which is perfect. Everything about Low sounds like January. It is sharp and sparkling like an icicle, like sunlight reflecting over snow that fell a week ago. Snow that's just been sitting there, hanging out and being gorgeous but annoying you, the air's too cold to melt it since it's January and so a skin of thin, crisp ice forms across the top. When you step into the snowscape with your boot it cracks the ice and sounds crunchy like the sound of cutting paper on TV. Low is that layer of ice. It's glitter, yellow-white and light blue.

David Bowie recorded Low at a place called the Chateau d'Herouville in France. It was built in 1740 and is a dirty colour white like a dapply horse who's been running through the mud. It looks like it's probably haunted, but let's be honest with ourselves- nothing is haunted. You associate Low with the city Berlin but I like that it's from somewhere more ornate. I've never been to Berlin but based on everything I've ever heard about it, it seems like it's the exact opposite of every kind of thing I like.

You can hear the sadness in Low if you strain for it, but it's very faraway. David Bowie at his saddest still reads as peppy from mostly anybody else. He says there's "oodles of pain" on it but there you go, right? Low's pain is one that's been modified by the cuteness of the word oodles. It's not an album about a fucked up human bleeding his "issues" all over his audience like an "oodles of pain" album by John Lennon or Kanye West would be. It's just slightly more morose and less danceable than your average David Bowie record.
I Iike that about David Bowie- it's a very rare and endearing trait in an artist, being happy more often than you are sad.

This January, I have been sad only marginally more often than I've been happy. Most of the time, I'm neutral. I work so much and my job is so involving that I feel like I only really exist two days a week, on my days off. The other five I slip into a coma of general management and don't have time to think about anything else, though lately I've been starting to figure out how to be more "real" as a general manager, getting a little rowdier and punchier with my staff, though that winning attitude's more of a February thing. In February at least there's hope. In January you're trapped inside of something, a season. You are at the very bottom of the canyon. In February, you've started climbing out of it.

My commute to work is stupid. I have to double-back two blocks the one way and then another three the other, and I hate double-backing, but in the wintertime I have no choice. It's either: 1) walk to work in the freezing cold, 2) take a cab there, or 3) double-back a little bit. I'm sure you feel me on this one. My commute's about the length of the first four songs on Low if you listen to Speed of Life and Breaking Glass twice, which I always do. It took me maybe thirty-five listens of Speed of Life before I realized, "Hey, there's no singing!" It doesn't need it. It's like a really great steak that a really good sauce would only ruin.

Breaking Glass is my baby, my pet. I like how you can hear the Brian Eno in it. When Brian Eno shows up a song it's like running into somebody you're actual friends with who you haven't seen in forever on the street. Like today I ran into my boyfriend on the streetcar, and it made me feel like God for sure is real. Brian Eno sounds always remind me of waterfalls made of light, but on Breaking Glass they're like waterfalls made of light that have frozen. Just hanging there, hanging out.

In January business at my restaurant was very slow, because in January business at every restaurant is very slow. It's cold and people want to eat take-out under blankets at their houses. Plus they feel fat as a hangover from Christmas and the last thing they want to spend all their post-Christmas no-money on is food. So on weeknights I would have to cut all my staff to save the restaurant from going bankrupt, and then I'd have to busser-close the restaurant myself, which means a ton of things but mostly is a bitch because of sweeping and mopping the floor. I'd sweep and mop to this song and just kind of dance around in a way that felt really cool and David Bowie-y to me but probably wouldn't call David Bowie to mind in anyone else's opinion.

My restaurant has four floors if you count the basement and sometimes once we're all closed up I'll run from the bottom to the top of it five times as cardio, which I think says a lot about who I've been this January- "You're a wonderful person, but you've got problems," David Bowie might tell me, very democratically. Crazy things go on in a person's head when they're not allowed to spend time outside. Time spent out in nature, underneath the sun and moon and sky, should be the best thing any one person's life has got going, and in January that time is ripped away from you. It becomes your enemy.

Sound and Vision is my favorite David Bowie song. It's usually the exact length of the walk from my streetcar stop to my restaurant, and on days when it isn't, I just don't even have it in me anymore. I don't want to bother with my day. I feel like the point of living out a day is to find out if anything interesting happens over the course of it and if I don't get to start out with at least hearing David Bowie sing "Blue, blue, electric blue, that's the color of my room," well I quit then. I'd rather just burrow out beneath my comforter and never know.

One Friday I woke up feeling gruff as hell but fifteen minutes into dinner service I paired a tempranillo with the octopus ceviche to a fat old man who looked like a gargantuan toddler, and I mean that as a compliment, and then I found out he was crazy-rich and owned a vineyard in Serbia and deeply approved of my wine pairing, which made me feel like I'm on the right track in a deeply important way- and that's why I show up. For anything. Everything's so fucked this time of year and yeah, I wonder all the time about sound and vision, and how these days are all for nothing, the winter: it's all because of nothing. We whine and moan our nights and days away, nothing to read and nothing to say, slips of paper inside our parka pockets reading Ways In Which The Winter Inconveniences My Human Life, "my cuter boots are also slipperier" and so on, when all it really means is that the Earth is further away from the Sun. It means nothing. It's only the Sun's fault.
Posted by Elizabeth Barker and Laura Jane Faulds at 9:49:00 am 0 comments