Desperately Seeking Susan Taught Me How to Walk Down the Street 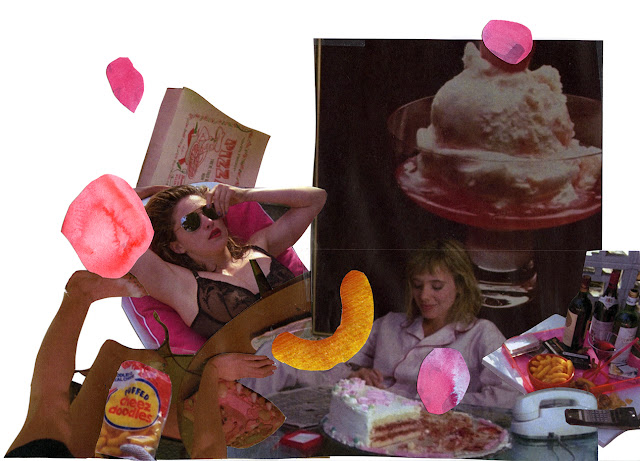 WORDS BY ELIZABETH BARKER
ART BY JEN MAY

When I was a teenager I read a semi-trashy unauthorized biography of Patti Smith, and there was a story about Patti being a kid and finding a book of Arthur Rimbaud's poetry, in French. Patti said something about how she didn't know French but she knew the book was going to be important to her, and how the words glittered even though she couldn't understand them.

I saw Desperately Seeking Susan for the first time when I was seven, in the theater, with my mom and my best friend. I loved it immediately and continued to love it the 800 times I watched it on VHS throughout my childhood, but now I love it more than ever. It's a glittering poem, or a treasure box whose treasure I couldn't fully appreciate at first, because when I was seven I hadn't seen Stranger Than Paradise or listened to Blank Generation. All the pieces of treasure are things that I've grown up to love and need, many of them in the last year or so. Each time I watch it now I notice something new, the most recent catch being a copy of Adventure by Television on the floor of Dez's apartment. It's infinitely formative, in ways that never stop revealing themselves. So here's a scattershot little post about my current fave movie, and all the things I love most about it today:

i. Look at this beautiful cast photo. I love that it's bookended by Richard Hell and John Lurie whose song "Small Car" I've listened to 500 zillion times since first hearing it this summer. My birthday's in six days and I'd love to be given an exclusive behind-the-scenes video documenting this photo shoot. 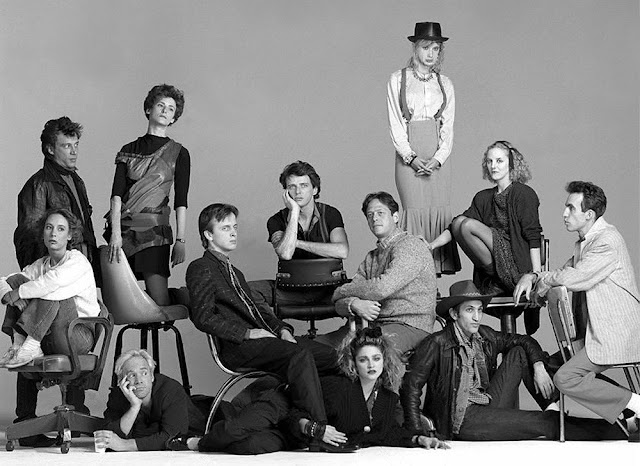 The only failure of that photo is that Richard Hell doesn't look so great, which makes no sense, because how hard can it be to make Richard Hell look great? The movie calls him a gangster, but I prefer to think of him as a jewel thief- Richard Hell makes me romantic about everything. Let's look at some pictures of him looking good:

Ever since Richard Hell became one of my favorite people I've wished there were a Desperately Seeking Susan prequel starring him and Madonna, about all the fun they had till he started getting serious. It would correct the one tragedy of the movie, which is that Richard Hell never actually speaks. You know the part on At Folsom Prison when Johnny Cash tells June Carter "I love to watch you talk"? That's how I feel about Richard Hell. His speech is so loose and lazy but there's still some kind of spark to it, because he's a Roman candle and a comet and 12 other kinds of fireworks. Give yourself an early Christmas present and spend a few seconds watching Richard Hell talk. Watch him say "You know I don't care about money" in 1979.

Earlier this year I had a moment of deep clarity and recognized that my all-time favorite song lyric is the part in "Venus" by Television that goes Richie said, "Hey man, let's dress up like cops, think of what we could do." It's a true story about when Richard Hell and Tom Verlaine lived together and Richard wanted to dress up like cops and go out and raise hell, but Tom wouldn't go along with it. I love the accuracy of Tom Verlaine's Richard Hell impression, his use of the diminutive, his willingness to admit to being the uptight one. You know that movie Let's Be Cops that came out a few years ago? I wish that were a documentary starring Tom Verlaine and Richard Hell, filmed on a night that never happened.

My favorite Richard Hell song this year was "You Gotta Lose," from that great big Ork Records compilation which I love. It's a poem and a bop, it's a little mean but it never not brightens my head and punches me up: listening to Richard Hell gives you good attitude. Let's live life like a movie where Richard Hell is forever passed out in our trashed hotel room with the red velvet flocked wallpaper, a bottle of champagne by the bed and a box of chocolates on the floor. 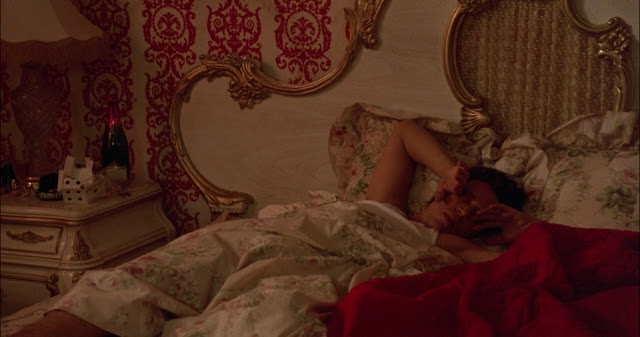 (BTW, "anecdotes about when Richard Hell and Tom Verlaine lived together" is my favorite genre of literature. Richard Hell wasn't the best roommate- the two of them shared a bed, and whenever Richard brought a girl home Tom would have to go sleep on the roof. There's also a story about the time their refrigerator broke and the landlord wouldn't fix it, so then they threw it out the window. You can read all this in the beautiful book I Dreamed I Was a Very Clean Tramp, by Richard Hell.)

Read more »
Posted by Elizabeth Barker and Laura Jane Faulds at 9:51:00 am 0 comments