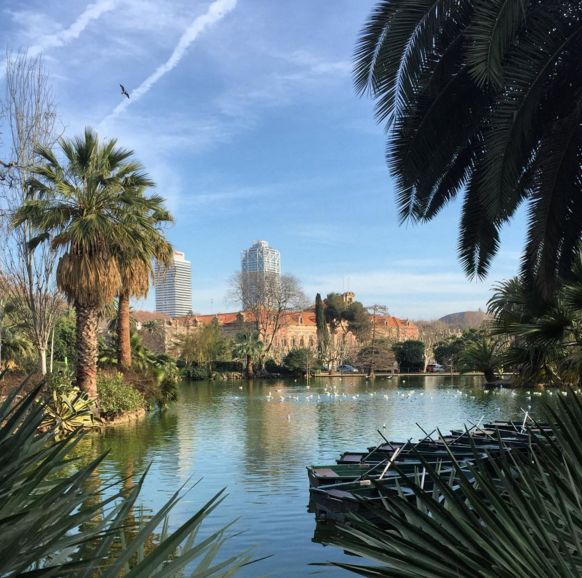 Hello darlings, it's me LJ. Last week, I went on holiday to Barcelona: it was one of the best things I've ever done in my life. In Barcelona I ate a lot of food and drank a lot of wine and lived a lot of life and heard a lot of songs. Here is the scrappily-told tale of all of them.

The first meal I ate in Barcelona was a crappy chicken salad at a crappy coffee shop around the corner from my airbnb. Before I ate it I was so hungry I wanted to cry and after I ate it I wasn’t hungry and didn’t want to cry anymore- so I guess it was a success. But it was unromantic. I had just taken a taxi from the airport to the city and was worried that I wasn’t going to like Barcelona. It had looked very worryingly ugly from the back of the taxi; unless you think factories or blank brown boxes of buildings are beautiful, every city is at its peak ugliest when you’re driving into it from the airport. I was shaky and confused when the cabbie dropped me off on Carrer de Tamarit a half-hour early for my airbnb check-in, so I wandered around looking for a place to eat. If I'd only turned left instead of right, I would have figured out that Barcelona is beautiful straightaway, but instead I went the ugly way, where I tried to buy some sort of pre-made wiggly yogurt product and a sickly-looking cup of fruit salad at a dreary-looking cafe. But there was a problem with my bank card, and I didn’t have enough euros to pay for my meal, so I left and found a bank and then the chicken salad place. My inability to pay for my food nor speak Spanish at the wiggly yogurt place had been such an unpleasant ordeal that I knew I could never show my face there again. 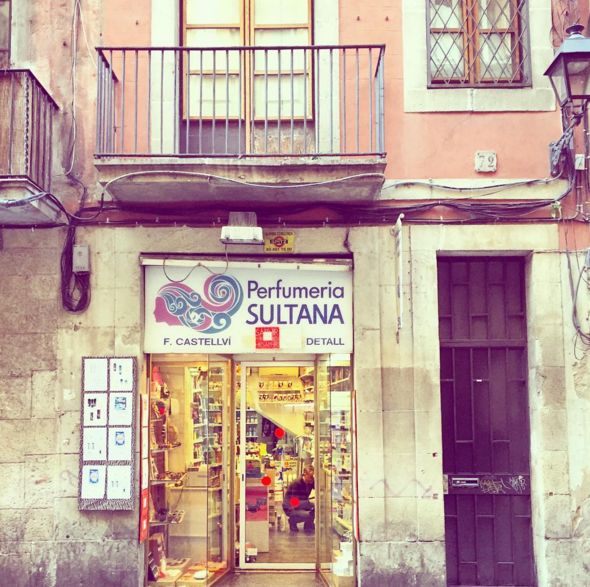 A few hours later, after checking into my airbnb and doing whatever little things I needed to do to make myself feel like a human again, I decided to walk to a wine bar called La Vinya del Senyor, which I found out about by Googling “best wine bar in Barcelona.” I filled up my iPod shuffle with Blondie’s entire discography and set out on my journey, shortly into which I was overjoyed to discover that Barcelona is earth-shatteringly beautiful! The streets were dark and narrow but still so spirited, so enchanting, or enchanted. One of my favourite things about Barcelona is its commitment to the colour pale pink. Everybody has swaying laundry and expressive foliage hanging off their terraces. I listened to Debbie Harry sing Bang A Gong (Get It On) and felt about as happy as I know how to. 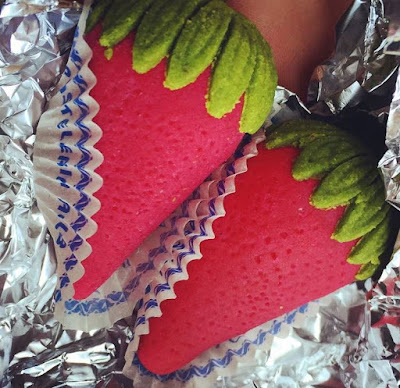 I walked past a tiny bakery with a display of technicolor marzipan fruits in the front window, and knew that if I didn’t eat a marzipan strawberry at that moment I would spend the rest of my life regretting it, and what’s the point of that? I timidly asked the baker for “one of those,” pointing at the strawberries, but he heard my “those” as “dos” and asked “Dos?” and I decided that, yes, dos was the perfect numero of strawberries for me to eat. What a blessing! I can’t believe how much my life would have sucked if I’d only eaten uno strawberry. I probably would have had to go straight back and buy another one.

The man wrapped my strawberries in tinfoil and I ate them in quick succession while walking through a square. There were palm trees in the square. The strawberries were airy and cakey and tasted like my favourite flavour: fake strawberry. The green tops were made of icing sugar, and offered textural contrast to the spongey marzipan, crackling between my teeth. I thought, “The entire point of my life is that I get to Spain sometimes,” and I imagined myself dying, watching a movie of the finest moments from my life in my head: those strawberries would be a part of it. 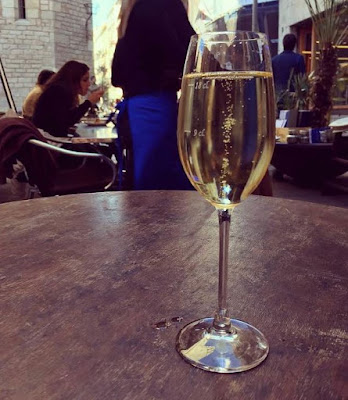 La Vinya del Senyor was the best wine bar I've ever been to. I sat out on a patio, across the way from an old crumbling church, and drank two glasses of cava, a 2009 Gran Reserva. The best thing about being a person who knows about wine is that, when faced with literally any wine list, even a mediocre one, you’re immediately able to deduce which wine is most to your taste, so you almost never have to deal with drinking wine that you don’t love. There’s probably no wine in the world I could love more than an aged high-quality cava; it tastes like champagne but is cooler, because it's not.
Cava's got this sort of sharp, yelpy briskness to it, zippy and nimble, like the sound and feeling of snapping a stalk of celery in half. Champagne is heavier, murkier, romantic but illegible, like an old person long-windedly telling you a story from their past.

After my second glass of cava I got up to go to the bathroom and I knocked over my glass and broke it. The staff were very sweet to me about it: “These things happen!” kinda vibes. They didn’t make me feel like I was stupid or drunk. We all just shrugged and got on with our lives.
I stayed at La Vinya del Senyor writing for about three and a half hours. I wrote almost the entire India chunk of my novel. Post-cava, I had a glass of white wine called La Planetes de Nin, which I was intrigued by because the grape was listed as Carinenya, which is definitely a red wine grape. It was as weird as seeing a glass of white Cabernet Sauvignon.
I took a gamble on that glass, but it paid off: it was everything I love in a white wine— nutty, lean, a bit musty, bone-ass dry.
I spent like 50 euros on those three glasses of wine and regret nothing. After paying up, I went on a drunk and peppy wander around the city, looking for a perfect place to eat some dinner, and I was so happy my heart felt swollen. I wanted to talk to Joe Strummer about it. For dinner I had vermouth and empanadas. 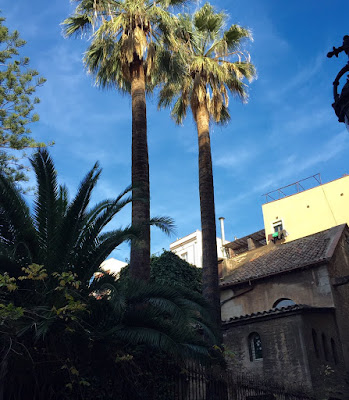 The next morning, I had a chocolate croissant and fresh-squeezed orange juice from the crappy chicken salad coffee shop for breakfast. I love the beautiful Spanish word for orange, naranja. I got ready and did some more wandering, and wondered if maybe I should write a Spain chunk into my novel, but then decided that my novel's clogged up with enough little bits & bobs like that already, and then I wondered if maybe my second novel would be a Spain novel, and then I got stressed out just thinking about it-
I can't imagine myself ever becoming a good enough writer to do Spain justice in writing.
Maybe I love Spain as much as I do because I can’t express it in words; it’s too beautiful. I fell in love with London because when I experience it I need to write it down, I always know exactly how to write about it, how to describe the way the streets look and the way the air feels and the way it makes me feel— but with Barcelona, same as I felt in Galicia, I can’t even bring myself to try. I can tell you about the food I ate, the wine I drank, the things I did, & the songs I heard- but every word I try to write about Barcelona Itself is just not good enough. It's like looking at an unflattering photograph of a beautiful person.


Read more »
Posted by Elizabeth Barker and Laura Jane Faulds at 7:56:00 am 5 comments