Delia Derbyshire: A Study in Coolness 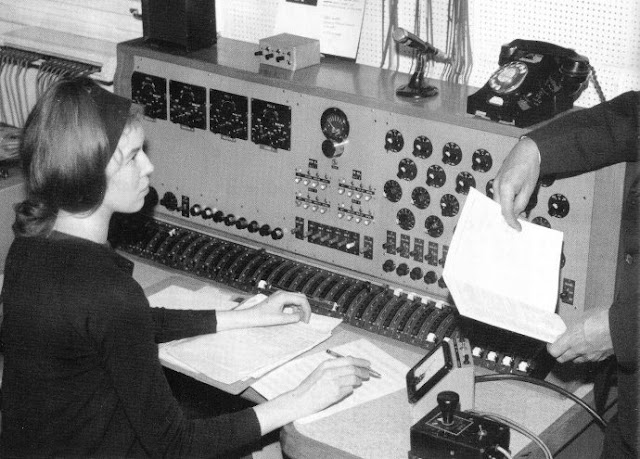 Never one to indulge anyone else in their own bullshit, Sam ignored him. She made a weird rapid movement and knocked her phone and a bottle of Aspirin off the end table. When the Aspirin hit the floor something wet from the floor that had already been there splashed her foot. She didn't pretend it didn't happen because it obviously happened; she just didn't care. She didn't care what the wet thing that splashed her foot was: probably water, worst case scenario beer, but everything tended to just be water.
She'd planned on changing into more of a party outfit but didn't feel like it anymore. It seemed too high-impact and like she might fall asleep in the middle of doing it, so she wore what she was already wearing, pale jeans and a black and white striped boatneck t-shirt that looked like what she imagined as a child when she imagined "what French people wear." She checked a thousand times for her keys everywhere despite their undeniably being carabined to her carabiner. She walked instead of taking the streetcar because she wanted to squeeze in more "Doctor Who theme song listening time."
The Doctor Who theme song was composed by a woman named Delia Derbyshire; it was her favorite song. She wished she was Delia Derbyshire, a woman named Delia Derbyshire who composed the Doctor Who theme song- such a cool name, such a cool legacy to leave. She was terrified to think, whenever she let herself think of it, that she couldn't just sit in a room smoking pot and drinking beers for the rest of her life. One day, she'd have to actually do something.
She wished she was Delia Derbyshire, she wished she could just be dead and have written the Doctor Who theme song and she would have done it, it would all be over, and she'd never have to think of it again. 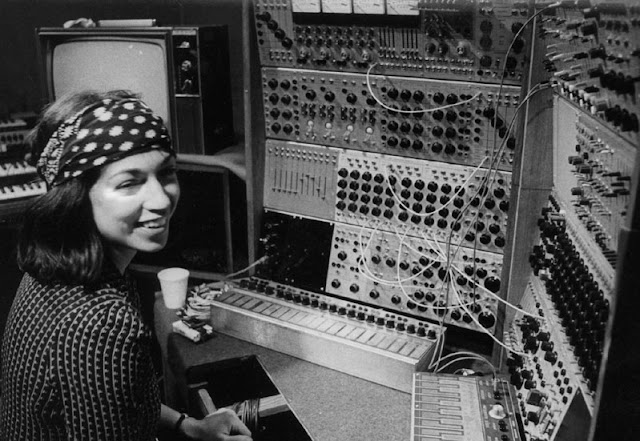 She had a sort of Joan Didion-y thing going on.

She was in a band called White Noise. They put out an album called An Electric Storm in 1968, and it's incredible. When you think of it as coming out the same year as The White Album, it makes the Beatles seem like they were behind the times, really stale.
My favorite song on Electric Storm is called Firebird. It's a Norwegian Wood, thematically- some songs are, i.e. 4th Time Around by Bob Dylan & There She Goes Again by the Velvet Underground. They are all about women leaving, the idea of flying, as in: leaving and never coming back. Norwegian Woods are great for when you feel like engaging with Norwegian Wood-style themes but are burnt out on actual Norwegian Wood for whatever reason. I don't know, that's a thing that happens to me.
A long time ago, I used to write stories about a girl named Lucy, who liked to ask people: "What's the Norwegian Wood of you?"- but then I got burnt out on Lucy, and burnt out on thinking about things like "What's the Norwegian Wood of you?"- I mean, I don't think it's going to hinder your self-actualization process if you never figure out your Norwegian Wood. It's just not that necessary.
But, if you accidentally happen into figuring out your Norwegian Wood just by living, well, that's nothing to scoff at. Firebird is easily mine.
Posted by Elizabeth Barker and Laura Jane Faulds at 7:57:00 am